One Team Games celebrate a decade of supporting communities

The annual One Team Games will take place from February 8 to 11, and this year's celebration is a very special one, with a series of events planned to celebrate the program's 10th anniversary. The One Team Game for CSKA will be the one at Tel-Aviv on Thursday...
Comments (0)
Share One Team was launched in February of 2012, and since then, clubs throughout the continent have used the power of basketball to support thousands of vulnerable people in our communities.

This year's celebration includes the One Team Walking Challenge, a fun and easy way for fans to get involved while also embracing the program's key aim of promoting healthy lifestyles. See here to find out more and join in.

Inside arenas, this week's games in both the Turkish Airlines EuroLeague and the 7DAYS EuroCup will feature a specially designed One Team 10th Anniversary court sticker, making the program visible to all fans during the action.

One Team 10th Anniversary hoodies and t-shirts have also been produced and will be worn by One Team Ambassadors from all 38 clubs in both competitions during the team arrivals to arenas. These hoodies and t-shirts are available now in the EuroLeague store, and proceeds from sales will go to support clubs with their One Team programs. 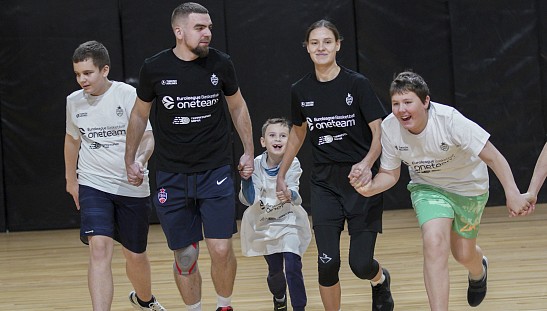 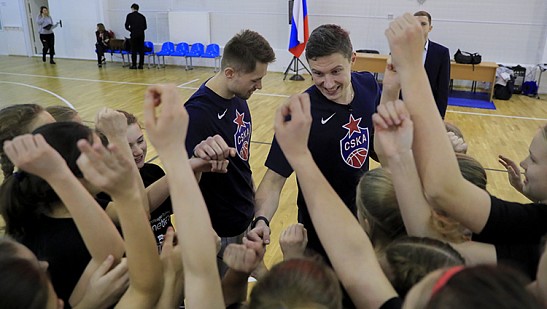 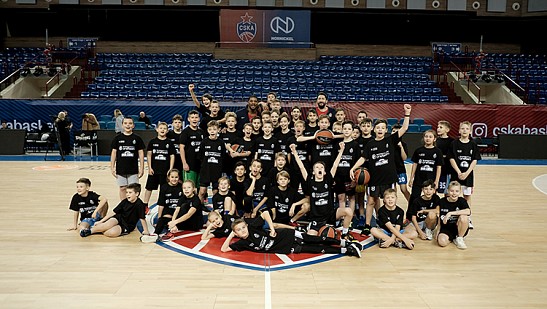