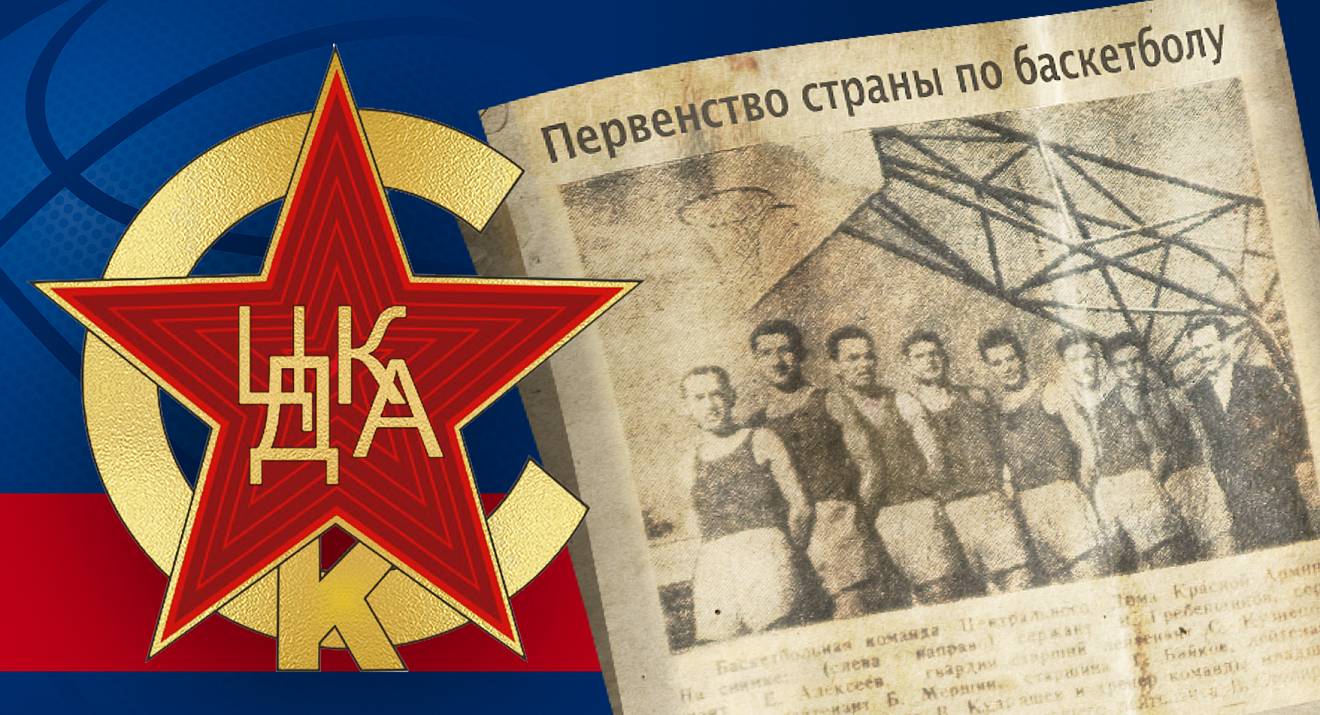 It’s considered that the club was formed in 1923, when the squad assembled under the patronage of OPPV (a department of the General military education service in the former Soviet Union) took part in the Moscow Championship.

The first USSR Championship experience came to the team, then known as CDKA (which could be translated as “Central house of Red Army”), in 1938. It’s worth mentioning though that prior to 1937 the USSR Championship was in essence the competition of cities, not clubs, and the team of Moscow with CDKA players on its roster won the tournament three times (in 1924, 1928 and 1935). After the Great Patriotic War CDKA re-joined the USSR Championship and went all the way to win gold medal on its first try.

For two years (1953 and 1954) the team bore the name CDSA (Central house of the Soviet Army), which was replaced by CSK MO (Central sports club of the Ministry of Defense) in 1955. But it wasn’t until the adoption of its current name in 1960 that the club managed to put together a series of convincingly strong results. With Evgeny Alekseev and later Armenak Alatchatchan at the helm, CSKA won several domestic titles as well as three European Champions’ Cups in 1961, 1963 and 1969.

1969 signified the start of a great era personified by the legendary Alexander Gomelskiy. During his stint as the team’s head coach that lasted till 1980, CSKA has only failed to win the USSR Championship once. Moreover, in 1971 the club added fourth European Champions’ Cup to its trophy case. CSKA continued its winning ways under Yuri Selikhov and then Sergei Belov who set the “eternal” record by winning eight consecutive USSR titles.

The last years of USSR’s existence were marked by the notoriously fierce rivalry between CSKA and Zalgiris Kaunas. To the contrary, the club faced little-to-no competition during the early years of the Russian Championship’s existence. Having won nine gold medals in a row during Stanislav Eremin’s reign, CSKA then went to lose to Ural Great twice which prompted the club’s president Alexander Gomelskiy to make some major personnel moves.

Significant improvements to the team’s and the club’s infrastructure, coupled with Dusan Ivkovic’s hiring allowed CSKA to return to the domestic domination as well as become a perennial participant of the Euroleague Final Fours. Still, the first European success after a long break wasn’t achieved until 2006, the team’s first year under Ettore Messina. Three seasons with Messina in command brought the club two Euroleague titles. Also, CSKA can now boast of seven consecutive Final Four appearances.