«Crazy» week for CSKA finishes with introduction of Terence Morris and Erazem Lorbek. Acquisition of this players ends the preseason signings period for our club.
Comments (0)
Share 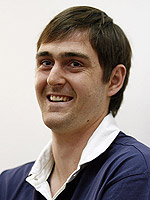 «Crazy» week for CSKA finishes with introduction of Terence Morris and Erazem Lorbek. Acquisition of this players ends the preseason signings period for our club.

Signing the contract with Lorbek was the secret every barber knows. Rumours on Slovenian’s transition from Lottomatica Roma roamed the pages of European and Russian newspapers. This in general is not surprising, because Erazem first heard about the interest of CSKA just after the Italian championship finished, on June 12. Nevertheless, the element of surprise existed and many journalists who came to the club’s office were certainly surprised when they found Andrei Kirilenko peacefully reading the magazine on a sofa in the hallway. Utah Jazz forward was waiting for the first Team Russia practice.

If Morris looked tired or at least sleepy (at the time of the press conference there was an early morning in his native US), the eyes of Lorbek were lighted with enthusiasm. He toured CSKA locker with admiration, saying that he never seen anything comparable, and cheerfully chatted in Italian with Francesco Kuccolin, Russian National Team athletic coach. And he promised to learn Russian soon. Even to hire a teacher. Though why Razmo needs a teacher - he has Smodis! By the way Slovenian friends didn’t talk yet – there were no strong confidence in Lorbek’s move until today.

Both power forwards almost simultaneously answered the same questions – they expressed confidence that they will help CSKA, they said they are ready to step to a new professional level, and were telling that the numbers on the shirts mean nothing for them. And Andrei Vatutin who draw little attention (it seems, after two previous press conferences the questions for him ended) and reported that the club do not intend to make other acquisitions. CSKA established a unique record, presenting four new players in a week. It remains to complete the transfer of Zakhar Pashutin, Nikita Kurbanov and Anatoliy Kashirov. 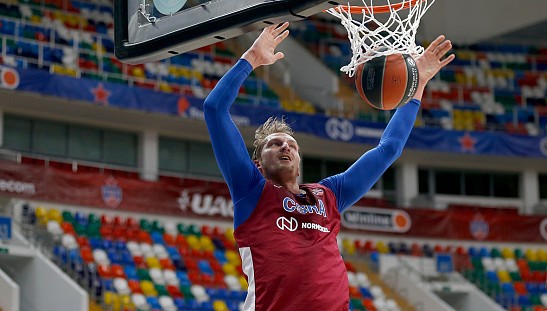 Our team’s center Vladimir Ivlev injured his right knee during the practice... 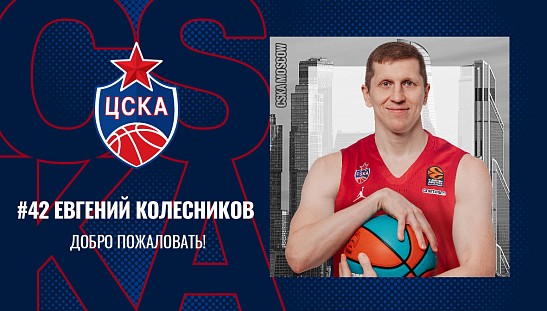 Club News
Evgeniy Kolesnikov returns to CSKA
Shooting guard Evgeniy Kolesnikov (36 years old, 195 cm) will help our team at the end of the season. The basketball player arrives from Avtodor Saratov. The contract will become valid after the medical tests in GMS Clinic of Moscow... 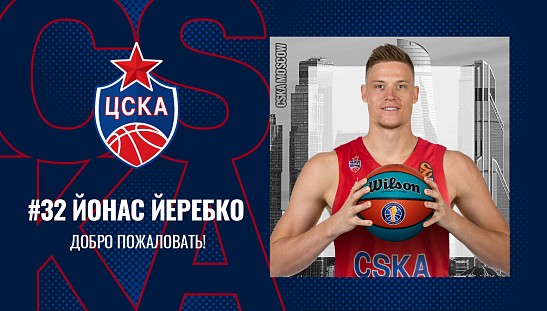 Club News
Jonas Jerebko will resume his career in CSKA
Forward Jonas Jerebko (35 years old, 208 cm) joined our team. The contract with the Swedish basketball player will be valid until the end of the season and will come into force after an examination at the GMS Clinic of Moscow... Club News
The EuroLeague season is over
The ECA Shareholders Executive Board took the following decisions with regard to the war in Ukraine: Greek specialist Stefanos Dedas will assist Dimitris Itoudis until the end of the season... 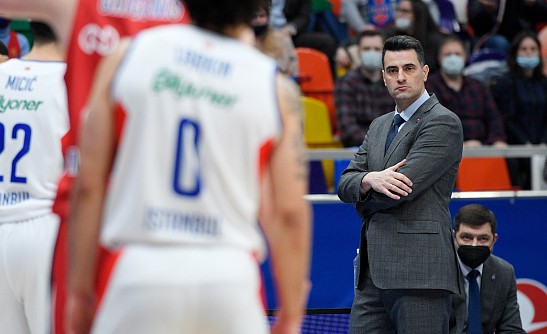