Khimki
The number of games in the classic series called Derby of Leningradka has exceeded a hundred long ago, but nevertheless, each meeting between CSKA and Khimki is expected with increased interest. Even though the Moscow Region team is not in the best condition now, everyone is waiting for a stubborn battle... 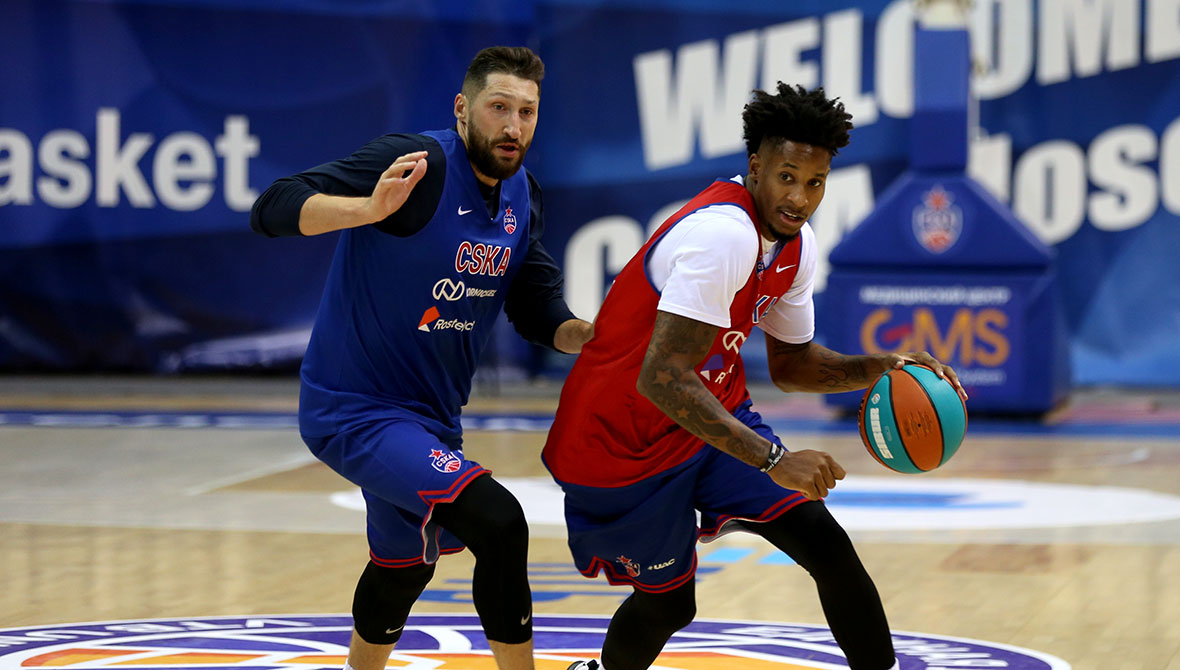 CSKA lost in the first meeting of the teams at Khimki. At the moment the hosts used a completely different roster, and the tone was set by strong foreigners. Now the best player of that game, Greg Monroe as well as Jonas Jerebko have left the club, Janis Timma, Devin Booker, Stefan Jovic and Dajris Bertans are only nominally listed in the roster.

Nikola Milutinov and Janis Strelnieks, excluded from the VTB League roster, will not play for CSKA.

The Red and Blues on Friday held a lengthy video session dedicated to the analysis of the defeat from Olimpia, and over the next two days they trained fully.

I give a lot of credit to Khimki lately, they have showed big character by being composed, looking great and winning games. They won on the road against Zenit, at home against Real, they competed until the end vs Zvezda. They really hustle, they play to the level of fouls. We need to be cautious, match this aggressivity and compete on the highest level as well.

Khimki players Alexey Shved, Sergey Monia, Evgeny Voronov and Egor Vialtsev all played for CSKA. Shved played parts of seven seasons for CSKA between 2005 and 2012 and won the 2008 EuroLeague with the club. Monia spent three seasons with CSKA and Vialtsev two.

James and Dairis Bertans played for Olimpia Milan in 2018-19.

Janis Timma was a teammate of 4 Army Men: he played for Baskonia with Toko Shengelia and Johannes Voigtmann (2017-18) and for Olympiacos with Janis Strelnieks and Nikola Milutinov (2018-19).

Strelnieks and Bertans both played for Ventspils in 2009-10 season.

Will Clyburn and Bertans debuted in EuroLeague for Darussafaka in 2016-17 season.