CSKA
Again, the continental season starts with the clash of EuroLeague and EuroCup triumphants. Our team went to Valencia… 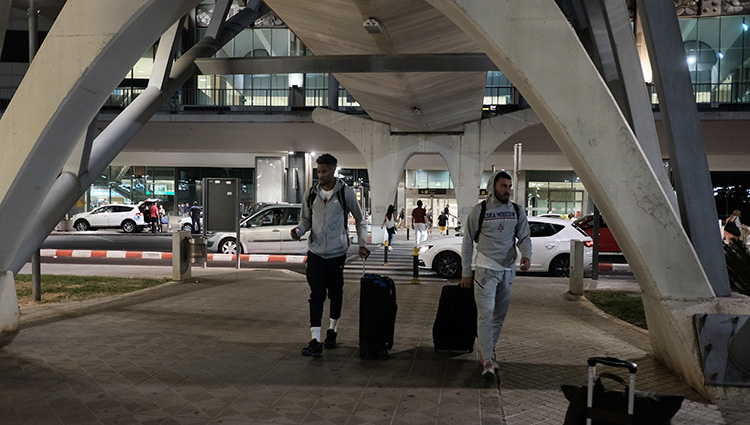 Again, the continental season starts with the clash of EuroLeague and EuroCup triumphants. Our team went to Valencia.

The Army Men switched to practicing on afternoons to keep up the rhythm before the first game of the season.

Kosta Koufos is still out with foot injury. Still he travelled to Spain together with his teammates by Aeroflot charter flight. Ivan Ukhov and Andrey Lopatin stayed in Moscow for work-outs.

Valencia was undefeated at home in the EuroCup last season. Its last home loss in European competition came on March 8, 2018 in the EuroLeague. CSKA has aced its EuroLeague opener in each of the last eight seasons and aims to keep that streak going. Expect an extraordinary basketball atmosphere at Pabellon Fuente de San Luis.


We start with a road trip, and we play against very aggressive team with great roster. They’ve already played some tough games, they play together many years, their core is not touched. They are EuroCup winners and their court is tough to play on. We know what it means to play in EuroLeague: it’s a marathon where each game is like a final, everybody has high expectations. Valencia plays high tempo, given by their guards and supported by bigs. They have big lineups, they are athletic, they use many different schemes.


We are in good mood and highly motivated. We go to Spain where we will face the aggressive team with good roster. The opponents will run, play physical, shoot from every spot. We are going to fight, we believe in ourselves.

Johannes Voigtmann and Aaron Doornekamp were teammates at Fraport Skyliners from 2014 to 2016.

Mike James has scored in double figures in 36 of his last 37 games.

Andrey Vorontsevich has made 13 straight free throws in EuroLeague games dating back to March 2017.

Janis Strelnieks has made at least 1 three-pointer in five straight EuroLeague appearances.

Strelnieks is ranked seventh all-time in free throw accuracy at 90.63%.

Latvian guard needs 8 assists to reach 300 for his EuroLeague career.

Hines is in second place in EuroLeague history with 513 offensive rebounds. Felipe Reyes is the all-time leader with 695.

The captain has moved into eighth place in competition history with 1,152 total rebounds. Kerem Gonlum is seventh with 1,189.