CSKA
The match is over
Moscow
Megasport Sport Palace 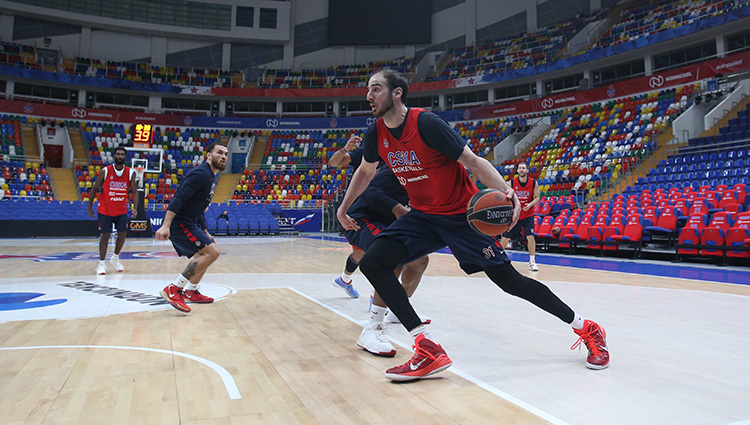 Our team opens another EuroLeague double-week at home against Zenit.

After tough game against Barcelona the Army Men got one day off and continued working out at Megasport.


We’ve seen on the film the team that is highly motivated. They’ve changed the style of the game, they run more, they look for more situations in the open court, they load more balls to Ayon and Thomas as well as to all post players, they use the post game more. They have our respect for what they are doing so far, and we expect a tough, equal EuroLeague game.


They play hard, we can’t take them lightly. We have to establish ourselves defensively and play CSKA basketball. They got a lot of great players from guards to bigs and they play well on the road.

Zenit guard and team captain Evgeny Voronov played for CSKA Moscow from 2011 to 2014 and finished his rookie season as a EuroLeague runner-up at the 2012 Final Four. He played alongside current CSKA stars Andrey Vorontsevich, Nikita Kurbanov and Kyle Hines.

Zenit’s Andrey Zubkov was a teammate on the Russian national team with Semen Antonov, Andrey Vorontsevich, Nikita Kurbanov and Mikhail Kulagin at EuroBasket 2017.

Mike James of CSKA played under Zenit coach Xavi Pascual during the entire 2016-17 season and the last half of the next one when both were with Panathinaikos OPAP Athens.

Coach Itoudis has used 12 different players in his starting lineups this season. Only Nikita Kurbanov has started every game.

James has scored in double figures in each of his last 24 games. James ranks third in scoring this season with 20.96 points per game.

James has recorded a performance index rating in double figures in six of his last seven games. He ranks third this season in average PIR with 20.7 per game.

Hines ranks fifth all-time with 954 two-pointers made. Paulius Jankunas of Zalgiris Kaunas is fourth with 962 and counting.

Kyle Hines needs 5 more steals to reach 200 for his career.

Howard Sant-Roos has at least 1 steal in five of his last six games.