Valerio Bianchini: A Light at the End of the Tunnel

Virtus head coach Valerio Bianchini didn’t seem like a coach who had just lost by 15 points. The Bologna club’s coach was bursting with optimism.
Comments (0)
Share 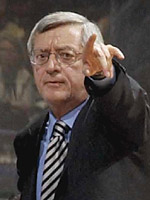 Virtus head coach Valerio Bianchini didn’t seem like a coach who had just lost by 15 points. The Bologna club’s coach was bursting with optimism:

“You can look at this game from different perspectives,” he said at the post-game press conference. “I look at it from mine, which is the perspective of a coach who has come in the middle of the season to a team whose leader left for the NBA only a few days after my arrival. We’ve spent a lot of time trying to find a point guard capable of replacing Antoine Rigadeau, and now Eric Murdock is slowly getting used to the team, and the team to him. Furthermore, hardly having seen the team, I tried to get the players to reassess their roles on the team. Today’s game showed that it wasn’t all in vain. Finally there is a light at the end of the tunnel. In the second half we were able to control the flow of the game and outrebounded them. In two or three weeks forward David Andersen will be back with the team, and in a month Charlie Bell will come back, and we’ll be able to look toward the future optimistically. Of course, we still have to work on our field goal percentage and our free-throw shooting, but that’s easier than going from one thing to another. Let me also say that forward Matjaz Smodis played a great game. He’s no just starting to play at full strength after a serious injury, and today’s game was without a doubt the best for the Slovene since I’ve been coaching at Virtus.”

When you became the Virtus head coach, did the club management set any concrete goals for the season?
“In the 1990’s Virtus was without a doubt one of the strongest teams in Europe. Just look. Since last year alone three different players have left the club for the NBA - Marko Jaric, Antoine Rigadeau and Emmanuel Ginobili. This season the team has only three returning players, and it was decided to begin rebuilding the team. This is a slow process. It’s a natural one, but for fans spoiled by success, it’s difficult to put up with this period, resulting in some unpleasant reactions toward Virtus. However, we are professionals and have to do our business regardless. We still haven’t lost our chances to close out the season. The second stage of the Euroleague is just starting, and the first stage isn’t going to mean much. In the Italian league there is no “superteam” this year, except, maybe, for Benetton, and Montepaschi, which has played inconsistently. We can play with all of the other teams. An anything can happen in the play-offs.”

Is Virtus planning to get stronger at a certain position?
“We are thinking about getting a small forward. But this is not an easy task. We’ve already reached the Euroleague limit for number of legionnaires that we’re allowed to have, and all of the best European players already have contracts with other clubs. The only hope now is that teams who don’t make the Top-16 will be looking to get rid of some of there more expensive players.”

Does that mean that you don’t have a lot of confidence in Ruslan Avleev?
“It doesn’t mean that. We need a different type of player. A forward who could help from the perimeter. I like how Ruslan works on defense and on the boards, but we’re OK in that department in general. Have a look. At Virtus we have excellent big guys - Koturovic, Andersen, Smodis, Frosini. They all work on the boards and can defend well. And we need someone for different areas.”


After the drawn-out commentary from Biancini, Dusan Ivkovic kept his comments about the game short. The CSKA head coach noted that in the third period his team almost lost control of the game and got beat on the boards. But also that time is on CSKA’s side. The team will continue to work hard. 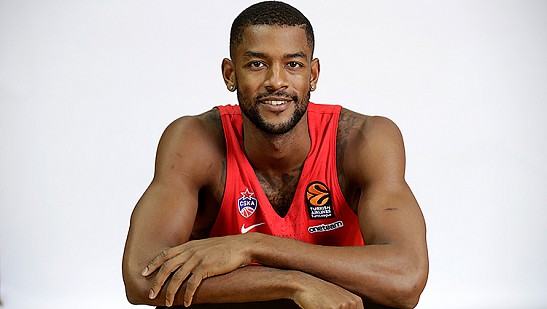 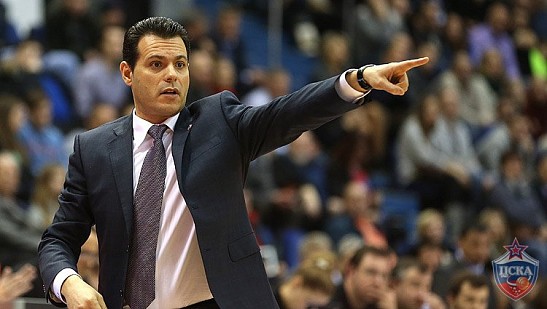 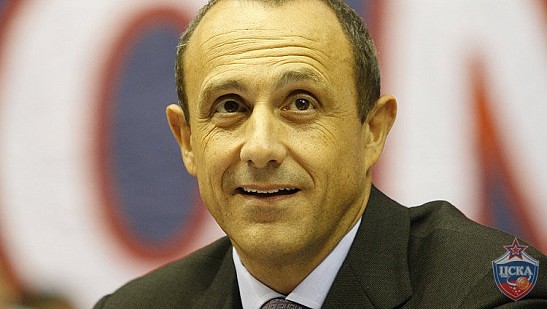 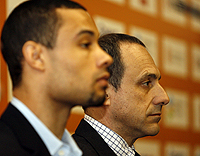